AR & VR ART WITH SUTU AND PAISLEY SMITH
STARTS 19/06/2019
SKIP TO: BOOK NOW COURSE DESCRIPTION WHERE AND WHEN HOW TO BOOK KEY FACTS AND FIGURES


We're currently arranging the dates for the online version of this workshop - check back here soon for more information.

When Google's Tilt Brush launched in 2016, digital artists hurled themselves at it - with its powerful control of textures, volumes and geometry, Tilt Brush was rapidly proven as the most versatile tool around for creating immersive virtual reality artwork, environments and experiences. The same year, Bjork launched "Bjork Digital", her ground-breaking exhibition of 360-degree VR music videos accompanying tracks from her album Vulnicura. It was a pinnacle year for VR, but Google were stepping into a rich, existing scene - artists had been working towards the creation of VR works since Morton Heilig's Sensorama (1956), Myron Krueger's VIDEOPLACE (1975), the StereoGraphics company's experiments throughout the 80s, SEGA VR and Nintendo Virtual Boy in the 90s, and the arrival of sophisticated and lightweight VR tech in the early 2010's.

The current generation of hardware and software allow for the fast, fluid creation of VR worlds (and the insertion of AR elements into the real world) which can be mass-experienced, blurring the limits of gaming, reality, storytelling and art. Reality can be seamlessly augmented with digital artworks, distinct virtual realities can be networked, shared and adapted by audiences, the artist becomes world-maker, the audience is no longer passive; in this brave new world, art does not reflect life - art forms the myriad worlds in which life takes place.

(aka Stuart Campbell) uses art and technology in new ways to tell stories. He has been commissioned by the likes of Marvel, Google and Disney to create VR art for properties such as Doctor Strange and Ready Player One. He has also created three VR documentaries; Inside Manus for SBS, Mind at War for Ryot Films and The Battle of Hamel for the Australian War Memorial. He's known for his interactive comics including Nawlz, Neomad, Modern Polaxis and These Memories Won't Last. He holds a Honorary Doctorate of Digital Media from Central Queensland University, is a 2017 Sundance Fellow and is the co-founder of EyeJack, an Augmented Reality company.

is a Canadian filmmaker & virtual reality creator based in Los Angeles. She created Homestay, an interactive VR documentary produced by the National Film Board of Canada Interactive, with Jam3. She received the 2018 Sundance Institute and Robert Rauschenberg Foundation Fellowship for her forthcoming VR experience "Unceded Territories", a collaboration with acclaimed artist and VR pioneer Lawrence Paul Yuxweluptun; she's a visiting artist at USC's Mobile & Environmental Media Lab, led by Scott Fisher, and is admin of the thriving Women in VR/AR Facebook group.

Over the course of the week, this workshop will follow two twin trajectories - split into small groups, participants will divide their time equally between two different but complimentary sides to the VR/AR creative process, working towards the creation of new work, formation of new collaborative relationships, and honing of VR painting and creation skills.

Sutu will lead sessions in VR painting using Tilt Brush, exploring the painting process, filming the resulting work, and outputting 2D and 360 films. He will show how 360 content can be exported to 3D formats, for further use in other programs such as Unity. Advanced techniques covered will include creation of 3D scans for import into Tilt Brush.

Paisley will lead participants through a world-building process, where details of your story-world are established. From the basic seed of a world, brought to the session by each participant, Paisley will help you to imagine what that world would look like in VR, working to create a prototype of the world using real-life model making techniques before moving into VR.

You don't need prior experience of VR to take part - by the end of the session, you will have developed the skills, tech knowledge and increased imaginative potential to create new VR worlds, artworks and narratives.

The course takes place at our residential centre in Aulus les Bains. It's two hours south of Toulouse, high in the French Pyrenees, very near the border with Spain. For detailed travel information, see the transport section. The course starts on Wednesday, 19/06/2019. We advise that you arrive the evening before (18/06/2019) - dinner and accommodation that night is included. The course runs for five days, ending on Sunday night. Accommodation on Sunday night is included, then we leave on Monday morning (24/06/2019). If you decide to take the minibus with us, you will be picked up in Toulouse at 6pm on 18/06/2019, and will be back in Toulouse at 11am on 24/06/2019.

You'll find a payment link in the booking confirmation email - follow the link to make a payment (either in full, or the first payment of a 6 month payment plan). In the latter case, a monthly payment plan will be put in place, so your card will be charged 1/6 of the fee today, and 1/6 each month (on the same day) for an additional 5 months. All card payments are handled by Stripe, and are extremely secure. We don't store any card data ourselves - all of this is handled securely off-site by Stripe. If you have a discount or grant code, you will be able to add it when you follow the payment link in your confirmation email. 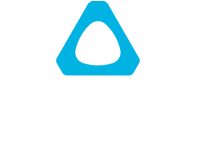 INCLUDED IN THE COURSE FEE: SIX NIGHTS ACCOMMODATION, AND FIVE DAYS OF CLASSES AND ACTIVITIES, A COMFORTABLE PRIVATE ROOM AT CAMP, ALL MEALS - BREAKFAST AND LUNCH AT CAMP, DINNER AT AN EXCELLENT LOCAL RESTAURANT, UNLIMITED USE OF OUR RECORDING STUDIOS, EDITING SUITES, REHEARSAL STUDIOS, LIBRARY AND OTHER FACILITIES, POST-COURSE BENEFITS & SUPPORT (SEE BELOW)
NOT INCLUDED IN THE COURSE FEE: TRAVEL
STUDENT LEVEL: NO EXPERIENCE REQUIRED
EQUIPMENT REQUIRED: NONE REQUIRED
POST-COURSE SUPPORT: EXHIBITION, BROADCAST, DISTRIBUTION AND ONGOING DEVELOPMENT OPPORTUNITIES THROUGH FUSE ART SPACE AND OUR NETWORK OF PARTNER ORGANISATIONS